How Well Do Couples Match To Cars?

We’ve seen a lot of old automaker publicity photos, and no doubt so have you. Recently, however, we’ve noticed a discord in some images between the models chosen and vehicles they’re posing with—and it got us thinking: is it possible for a car to perfectly match a couple?

Here’s the thing: manufacturers generally have to take these photos in advance of a vehicle’s introduction, and we’ve found that sometimes, they’re incredibly accurate. Just look at that couple, standing in the cold, examining a fish in front of their Volvo; we can assume this scene played out thousands of times.

That said, how often do Lancia Montecarlo/Scorpion-driving couples drive into the middle of the desert to (presumably) practice their disco moves? And is the Mazda Luce sedan widely known as a useful companion for (presumably) big game hunters?

Sometimes, two people with a car looks so perfect: but what we want to know is if these sorts of scenes actually happen. We’re on the ground in Monterey, and looking for a couple that matches the car they’re in. But until we find one, have you seen any real-life couples who could have looked like they’d just stepped out of a car brochure?

And were any of them Autobianchi A112 Abarth-driving sky diving instructors? How did you leave out the most famous car couple, Ken & Mary and the Kenmeri Skyline? Perfect for driving down onto the beach for a quick art lesson.

My wife and I love to go around together in the Giulietta. Last year at Lime Rock’s race car parade we even donned vintage helmets! 🙂

We both love air-cooled Volkswagens!

The “Mercedes with Swans” is a great photo. It’s obviously his dad’s car though…

Now, this is easy. Just take a look at the attached shot of a real couple in a prewar Mercedes ready to go onto the track during the Classic Days event on the premises of Schloss Dyck (Lower Rhineland, Germany).

And a third one, taken during the “Kronprinz Wilhelm Rasanz” run for veteran cars held in Germany in May 2015.

as in the real world, I don’t know, in adverts, well: Slightly over the top: 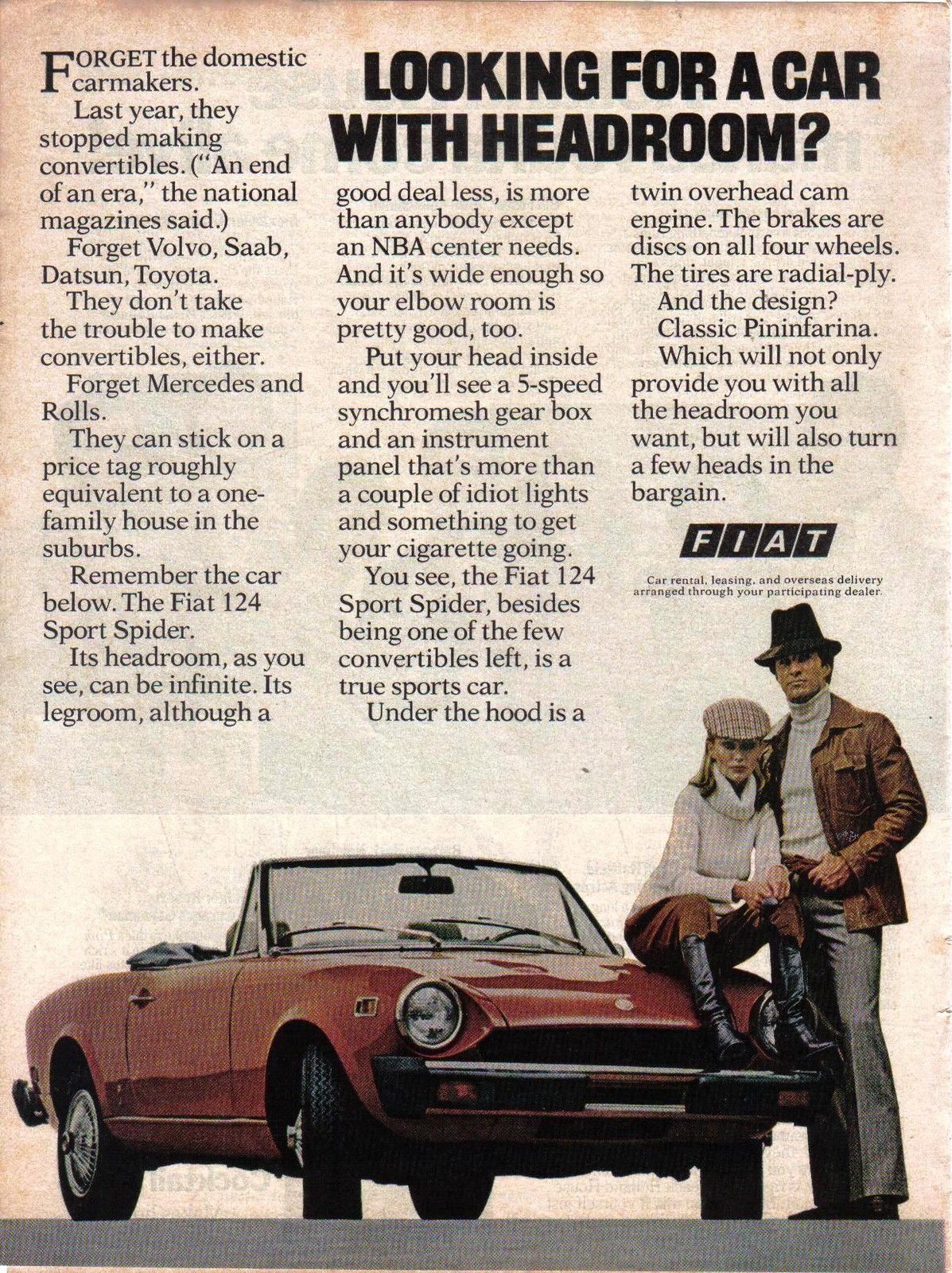 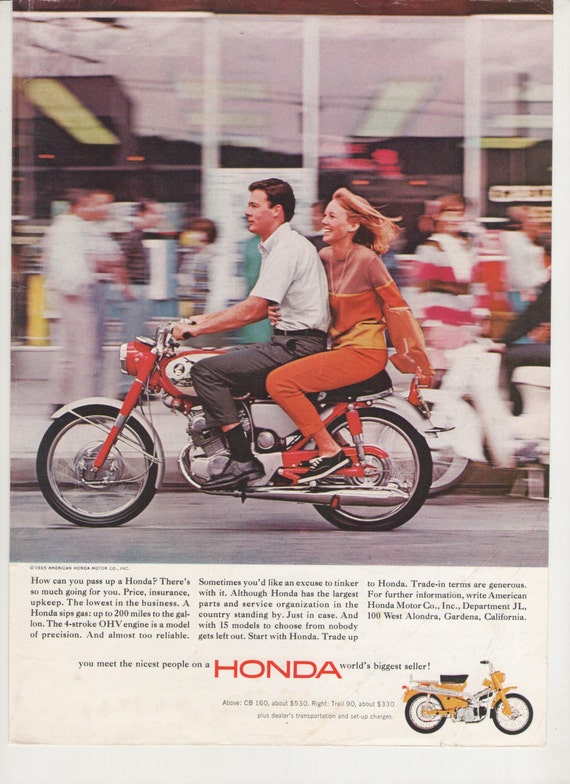 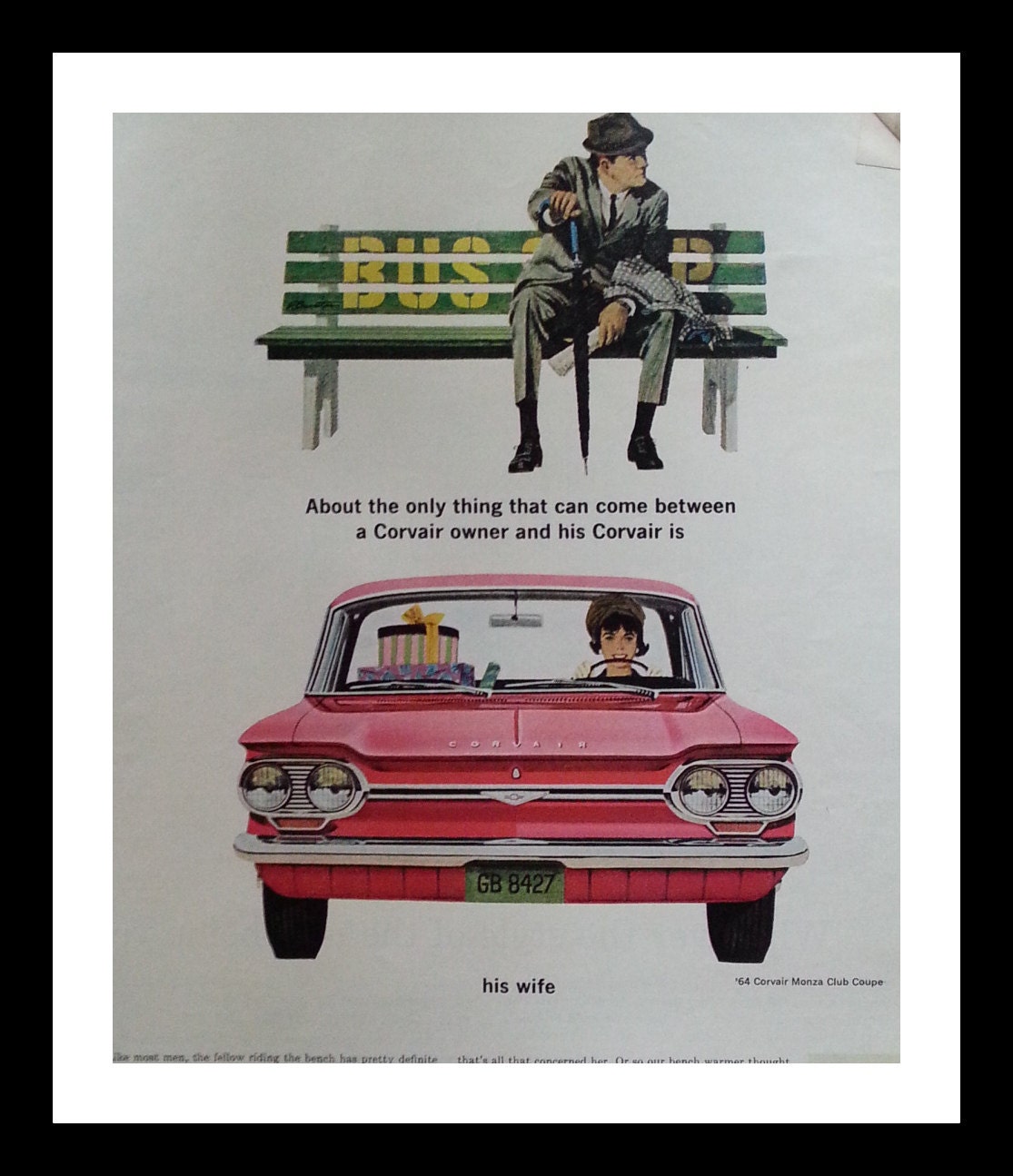 Well done HendrikO! Great ads, although the answer to the Corvair question should have read “his wife, or an engine fire”…

I don’t want to knit-pick but that Mazada ad with the dog may be bird hunting. Duck /Quail/ etc. You don’t normally big game hunt with a birddog and a single shot or over-under.

On a side note, I did see a clean Eagle Talon /Mitsubishi Eclipse (to those elsewhere) with a gentlemen behind the wheel that looked like Ned Flanders from the Simpsons. While not a couple, totally fit the type of person I pictured driving a 20+ year old non-modded Eagle Talon Turbo.

John King
Reply to  Randy B

That dog looks a little skeptical of their choice of car as well.

Can it get better than the King of Cool, Neile Adams and the 250 GT Lusso?

Referencing the red Lancia picture, let’s just make it a rule that the hem line of the model has to be perfectly aligned with the molding line of the car.

Love me some Lancia. 3 ads all showing the beauty of the Italian coupes. Who doesn’t want to drive a Beata along a castle in Europe

Other than the red Lancia on the bottom right methinks all the photo/ads were a bit off base in their so called ‘ coupling ‘ . Fact is I think they pretty much missed the boat by a country mile/kilometer or more .

As far as seeing anything along the lines you’re asking about ? If I have in all honesty they don’t stand out in my memory . The ones that do are when the exact opposite of what you’d expect steps out of the car they’re driving . e.g. The aging [ 70 or so ] hippie complete with long very grey ponytail , Birkenstocks , ragged shorts , ‘ Lennon ‘ sunglasses and tie dye shirt stepping out of his 2001 Jaguar XJ6 Vande Plas with his wife dressed to the nines . Jerry Garcia back in the day getting into his newest BMW 7 Series [ that shattered many a ‘ Dead ‘ faithful’s image of who JG was ] Or how about that guy walking over to his Benz complete with Patagonia cargo shorts , Mephisto sandals , merino tech T , Persol 714’s and Orvis ball cap with the academic looking wife by his side ? [ oh wait … thats me … ]

For me its all about the opposites rather than the matches . Why ? Because opposites car wise pretty much tells me they bought the car because it suited their needs or wants and not for the image they were trying to portray or as a continuation of their ‘ uniform ‘

Having said that though … there are some cars/brands such as SAAB who’s owners do seem to fit the stereotype to a tee . Hmmnnnnnn.. So yeah … on second thought in answer to your question .. I guess there is one ‘ coupling ‘ that does stand out for me .

SAAB owners . 9 times out of 10 they are the perfect match for their car and the stereotype * that goes with it .

* [ FYI – Its a multidimensional stereotype that includes architects , academics etc but its a stereotype never the less ]

While the idea of the sky diving instructors did evoke a bit of a giggle (I’ve yet to see anyone in that position) the couple in the red Lancia in the bottom picture was perfect!

But he’s smoking a pipe! That can’t be right.